The ReCODE Program: Can Cognitive Decline Be Reversed? 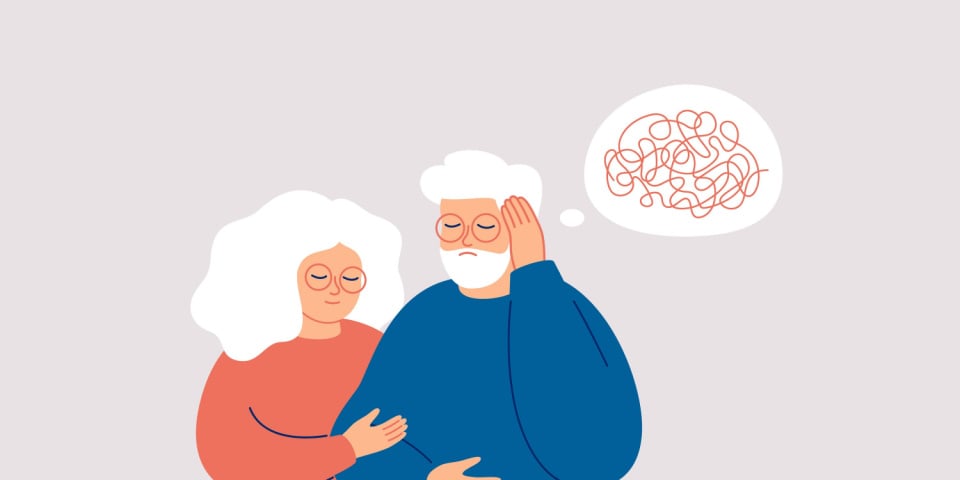 Recent scientific breakthroughs have shown it is possible to stabilize and even reverse symptoms of cognitive decline, dementia, and Alzheimer’s Disease. At Potomac Psychiatry, we offer programs that target and treat symptoms as they occur, and even before they arise. Our ReCODE (Reverse Cognitive Decline) program identifies and treats the root causes of cognitive decline. Our PreCODE (Prevent Cognitive Decline) program helps to prevent the development of dementia before it arises. In this blog, you will learn:

Can Cognitive Decline be Reversed or Prevented?

By the time Alzheimer’s Disease is diagnosed in a patient, the underlying disease processes that have been causing it have already been underway for 15 to 25 years. Through early identification and treatment, cognitive decline can be prevented. For those who already have cognitive decline, or have been diagnosed with early-stage Alzheimer’s Disease, it is possible to stabilize, and in some instances reverse, the inevitable decline into severe dementia. How?

ReCODE and PreCODE programs are based on the pioneering work of Dr. Dale Bredesen, which acknowledges the fact that dementia is not caused by a single factor, like the buildup of amyloid plaque or tau tangles. Dr. Bredesen is credited for researching and advocating that dementia is instead caused by multiple factors that each contribute to progressive cognitive decline. By identifying these factors and treating them using the Bredesen Protocol, dementia can be reversed or stabilized.

Reversing Alzheimer’s Disease by Identifying and Treating Its Root Causes

In an earlier blog we identified a number of the root causes of psychiatric illnesses such as depression, anxiety, and long-COVID brain fog. We described how we have developed a Root Cause Psychiatry Program that uses cutting edge laboratory testing to uniquely identify these causes in each individual, and treat them using precision psychiatry.

What are some of the root causes of Alzheimer's and other dementias? Recent studies support the notion that numerous metabolic and hormonal abnormalities are present in patients with cognitive decline, often years prior to a diagnosis of Alzheimer’s Disease. These can include chronic inflammation (causing “inflammaging”); insufficient methylation; low levels of vitamin D and B vitamins; low levels of Potassium, Magnesium, Copper, and Zinc; the presence of various toxins (such as pesticides and heavy metals); inadequate antioxidant levels; the presence of Mycotoxins; and more. In an earlier blog we addressed some of these factors to help you “build brain cybersecurity”. The Bredesen Protocol formalizes the testing for these factors and helps clinicians build a treatment plan targeting patients’ unique needs.

How does the ReCODE and PreCODE Protocol Work?

A number of sophisticated laboratory tests and other assessments are performed under Dr. Bredesen’s Protocol, and they are supported by a number of scientific studies. Here is a summary of one such study.

Study participants received a personalized intervention that targeted an optimized diet, stress reduction, regular exercise, and brain stimulation for all patients. To individualize their protocols, their metabolic, nutritional, and hormonal markers were first assessed via blood studies, and were then optimized toward health. Participants were also assessed and treated for sleep disorders such as sleep apnea syndrome.

These patients were followed for an extended period of time, and had the MoCA testing repeated between 2 months and 12 months of program participation. MoCA scores either stabilized or significantly improved in the entire participant pool. Cognitive performance is expected to diminish over time in neurogenerative diseases, but did not do so in patients that followed the protocol.

We Can Help Reverse and Prevent Cognitive Decline

Our practitioners will review possible contributors underlying the cognitive decline, make recommendations, and coordinate care. As diet and lifestyle are foundational elements that can prevent cognitive decline, and stabilize and improve it, a specialized nutrition assessment is provided as a centerpiece of our program.

Our ReCODE and PreCODE Program Practitioners

Potomac Psychiatry has won numerous awards for its pioneering work in the application of genetic testing and root cause psychiatry. Our clinicians are distinguished in the field of behavioral health due to the depth and breadth of experience they bring into the treatment space. Not only are our clinicians certified in ReCODE 2.0, but they also bring more than 30 years of experience supporting patients with mental wellness needs.

Paulo Negro, M.D., Ph.D., is Dual Board Certified in both Adult Psychiatry and Addictions Psychiatry. He earned his Ph.D. at the University of São Paulo pioneering work on the nature of dissociation. He has advanced training in both the Bredesen Protocol and IntellxxDNA genetic testing. He has been passionate about discovering and writing about the origins of human consciousness, and has written a book about this subject.

Julie Wendt, MS, LN, CNS was a pioneer in becoming certified in the Bredesen Protocol, as she was part of the initial ReCODE training programs in 2018 and has integrated the concepts of ReCODE into her integrative nutrition practice (and her life) ever since. Her interest in cognitive decline began when she was a teenager and witnessed her grandfather falling victim to Alzheimer’s Disease. As her professional journey into the field of nutrition evolved, she found herself circling back to that experience with renewed hope and enthusiasm after realizing she could help patients with Alzheimer’s Disease regain a sense of control over their lives.

Reverse or Prevent Cognitive Decline in Yourself or Someone You Love

Given the numerous scientific breakthroughs in the fields of genetics and brain science, and the failure of numerous drugs to treat or reverse dementia, we believe that the identification and treatment of the unique underlying causes of a present of future dementia are not only possible, but essential. If you would like more information about our ReCODE and PreCODE programs, please reach out and contact us.

“The Asian Way” in a College Freshman with Anxiety, ADHD and Depression How COMT, BDNF, and ANK3 Gene Variants Predicted the Roadmap for a Reinvented Future