What You Will Learn in this Blog:

My Dear Reader: I fervently hope that you have continued to dodge the COVID bullet, and that for you and your loved ones, life is returning to some semblance of normalcy. That said, after nearly two years of drastic changes in your life, there may be some things that remain stubbornly abnormal—and perhaps seemingly out of your control.

For instance, if you are like nearly half of all Americans, you may have gained weight during the pandemic. If this sounds familiar, you likely know this level of weight gain can lead to real psychological distress, harming both your body image and your overall sense of self. But a sense of unwellness is far from the only consequence of gaining significant weight: the systemic inflammation that accompanies weight gain creates increased oxidative stress, which in turn accelerates the aging process in both our bodies and our brains… and it just so happens that accelerated cellular aging is one of the hallmarks of serious mood and anxiety disorders.

In an earlier blog about “fire in your brain” we discussed the damaging effects of this kind of inflammation, which results in “inflammaging.” Today we will describe how inflammation results from the formation of “free radicals” and how these free radicals produce oxidative stress that worsens depression by affecting the millions of proteins, enzymes, and mitochondria that reside inside each of the 30 trillion human cells and 200 billion brain cells in our bodies. Systemic inflammation and oxidative stress can lead to serious health problems. But there are steps you can take to reverse their effects. This blog will explain how.

Inflammation and Oxidative Stress Can Lead to an Earlier Death

Even when suicide is excluded, individuals with serious mental disorders die at an earlier average age due to increased risk of developing chronic illnesses such as heart disease, stroke, type 2 diabetes, immune system problems in the brain and elsewhere (called “immunosenescence”), and Alzheimer’s Disease.

There are many reasons for this, including genetic predisposition, biological changes set in motion by “macro-traumas,” and lifestyle factors which we have termed “micro-traumas.” To solve this problem, we need a paradigm shift in how we understand and treat mental illness, thinking of it more as a whole‐body, multi‐system illness rather than an illness rooted specifically in the brain alone.

By understanding the causes of such accelerated aging and death in all of our human cells, and what we can do about it, we can transform psychiatric care by transforming how our cells function together and separately. Let me explain how that’s possible.

How do Inflammation and Oxidative Stress Cause Mental Illness and Early Aging?

Inflammation and oxidative stress damage our genes — our very DNA itself — through what is known as telomere shortening. Telomeres reside at the end of our chromosomes, and they protect and stabilize the DNA. Think of the DNA like a shoelace, and the telomeres are the little caps at the ends that protect the lace from unraveling. Telomere shortening can occur in response to inflammation, oxidative stress, stress hormones, and other factors, and is found in many chronic mental illnesses, the most common being mood disorders, anxiety, chronic stress, and schizophrenia. Because telomere shortening results in unstable genes, it can cause other chronic illnesses as well.

Inflammation and oxidative stress can also damage our mitochondria, which produce the energy inside our cells that powers life itself. We can think of mitochondria like nuclear power plants in our bodies: they run incredibly cleanly and efficiently in generating enormous power for their tiny size, yet they also generate “hazardous waste” that must be disposed of—waste that is known as “oxidative stressors.”

When affected by chronic stress and its “fight, flight or freeze” adrenal hormones, our mitochondria can contribute to the cellular aging process. Damage to these power plants can cause inefficient energy production and create even more inflammation and oxidative stressors in our bodies. It can quickly become a vicious cycle: indeed, mitochondrial dysfunction is associated with a wide range of psychiatric disorders. Dysfunction and poor energy production have been noted as a key player in depression, autism and dementia, bipolar disorder, and schizophrenia.

Inflammation and oxidative stress also damage other critical elements inside our cells, including amino acids, proteins, enzymes, cell walls, and other structures inside the cells, rendering our cells “senseless” and then “senescent” by damaging the information system that creates and maintains their very identities.

There are a number of treatable genetic variants associated with both higher rates of psychiatric disorders and an increased risk of mitochondrial dysfunction. These variants can be tested using Genomind’s Professional PGx test, as well as its direct-to-consumer Mental Health Map. Below are a few of these disorders and their relationship to our genes, inflammation, and oxidative stress.

At this point you may be wondering: What can I do to fight off these negative stressors in my own body? Luckily, there are more than a few promising answers to that question.

Antioxidants and other supplements help protect against inflammatory damage and oxidative stress, and there are numerous sources you can draw from, including the following:

Additionally, some vitamin deficiencies are significant in creating greater oxidative stress. Significantly decreased level of vitamin E was found in depressed patients. A diet rich in Vitamin E also increases concentration of glutathione, a very powerful antioxidant. In patients with depression, lowered concentration of Vitamin C was also observed. Depression is also associated with shortage of folate and vitamin B12 levels.

Reduce Oxidative Stress and Take Back your Health!

Reader, while James Bond was unable to rid the world of free radicals, you can be an effective secret agent to rid them from your brain. Through understanding your personal genome, and taking gene-based supplements to reduce oxidative stress, you can rid these “terrorists” from your brain cells once and for all!

“The Asian Way” in a College Freshman with Anxiety, ADHD and Depression How COMT, BDNF, and ANK3 Gene Variants Predicted the Roadmap for a Reinvented Future

Are You Stress Eating the Wrong Foods? 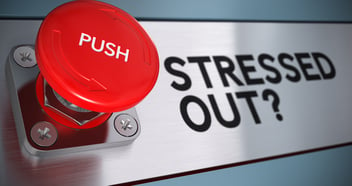 How to Tame your “Stress Genes” for Better Mental Health