Maximize your Child’s Potential with the BDNF Gene

Dear Reader, in the wake of the 2019 College Admissions Scandal, better known as “Operation Varsity Blues”, the tabloids depicted the great lengths that parents will go to in order to give their children “an edge” by getting them into prestigious universities. These parents spent $25,000,000 dollars to get the results they wanted. But what if I told you about a quick and easy way to maximizing your child’s future potential that doesn’t involve bribery or deception—and won’t empty out your bank accounts either? Believe it or not, a simple cheek swab can unlock your child’s unique genetic code, including a gene critical in memory formation, comprehension, optimizing mood, and maintaining appropriate weight—Brain Derived Neurotrophic Factor, better known as BDNF.  With enthusiasm, I welcome back to this blog series my colleague and friend, child psychiatrist Mark A. Novitsky Jr., M.D., to share with you more about this exciting gene …

BDNF: A Genetic Key to Your Child’s Success

“Perhaps there is no gene more essential to your child’s developing mind than the one that codes for Brain Derived Neurotrophic Factor (BDNF).  The very word “Neurotrophic” derives from the ancient Greek—neuro and trophic—meaning “brain” and “growth”, respectively.  BDNF promotes the growth and survival of your child’s brain cells by improving executive functioning, enhancing memory, and producing the neurotransmitters that are critical for optimizing mood.

Every day, your child’s brain develops new brain cells, called neurons.  I’ve previously likened BDNF to the nutrient rich fertilizer that help these neurons grow.  Moreover, BDNF can help existing neurons to branch out and communicate with other brain cells.  This increased connectivity is critical in new memory formation, and this anatomical explanation is not too far off from the commonly used term “connecting the dots” that occurs when a child masters new concepts.

Genetic testing for BDNF can help parents and clinicians to determine a child’s genetic baseline for BDNF production.  While some children are pre-wired to produce high levels of BDNF, others inherently make less.  The good news for these children who have inherited a genetic predisposition for a low level of BDNF is that they can use this knowledge to make important lifestyle interventions to overcome this potentially negative predisposition.

Most importantly, parents and practitioners can encourage these children to maintain exercise routines and thereby dramatically enhance BDNF levels and subsequent brain growth.  Families can work with pediatricians to adjust a child’s diet to increase BDNF.  Certain diets, such as the ketogenic diet has been shown to improve BDNF levels.  Certain supplements, such as omega 3 and microdose lithium (one thousandth the dose we prescribe to treat mood disorders), can also increase BDNF.

Let me share with you a recent success story that resulted from using genetic testing for BDNF and demonstrates the gene’s powerful impact.

Taylor* is a 13-year-old girl who presented to me for a second opinion.  She had previously seen her pediatrician for an assessment of ADHD after her family had noted some difficulty with focusing in class that had worsened when she entered middle school.  Looking back, her mother reflected that Taylor had always had some problems with inattention, but between the accommodations that her parents arranged for her at her school, including sitting close to the front of the class and organizing homework schedules, she had generally maintained good grades.  Her pediatrician first treated her with low dose Adderall (an ADHD stimulant medication) but this caused severe anxiety.  Subsequently, an alternative ADHD stimulant, Ritalin, was prescribed and she had a similar negative experience.  She was referred to a psychiatrist who prescribed her a non-stimulant, Strattera, which was well tolerated but had limited effectiveness.

Taylor and her family came to me for a second opinion.  Several minutes into our first session, Taylor’s mom made it clear that she and Taylor were skeptical of potential ADHD medications, given her past experiences.  Understandably, they were frustrated with the trial and error approach to medicating Taylor.  I encouraged them to let Taylor’s unique genetic profile help dictate our treatment approach, something we call personalized precision psychiatry.  Taylor and her mother had never previously heard of genetic testing but were excited to take the guessing-game out of the traditional psychiatric treatment she had already received.

After a painless cheek swab, Taylor’s genetic testing results elucidated that she was extremely sensitive to excessive dopamine.  Further treatment with any alternative stimulant medication would result in anxiety.  The non-stimulant approach with Strattera was confirmed as an appropriate medication, but clearly it was not enough.  Even on the Strattera, she found herself staying up late to finish homework.  Taylor’s mom regretfully informed me that she had even given up gymnastics earlier in the year just to appropriate more time for studying.  In theory, this made logical sense, however, her genetic test results for the BDNF gene proved otherwise, demonstrating a genetic variation that would underproduce this critical “brain fertilizer,” all the more so when under stress.

We put together a holistic treatment plan for Taylor.  She restarted gymnastics and ran on the treadmill faithfully every morning.  We discussed sleep hygiene and ensured that she was getting an adequate amount of sleep.  She made some dietary adjustments and ate a modified ketogenic diet.  Three months later, Taylor and her mom entered my office.  She was bright, energetic, and proudly shared her recent report card.  She and her mom couldn’t believe how much of a difference these lifestyle changes made in her well-being.  One thing they did believe in was the utility of genetic testing—and the importance of the BDNF gene.

Embracing its mantra of “Whatever It Takes Medicine”, Potomac Psychiatry is a pioneer in incorporating genetic testing and integrated psychiatric treatment to deliver personalized precision psychiatry. We’ve used Genomind’s genetic tests for the past six years, in the evaluation and treatment of more than 1400 of our patients. And Dr. Kehr’s numerous blogs about genetic testing have been read by well over 300,000 visitors.

Holy Guacamole! The MTHFR Gene and the Avocado Shortage 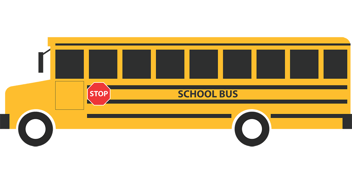 Back to School Anxiety – Worried Children, and, for Some Parents an “Empty Nest”