Samantha's ADHD was becoming compounded by a mood disorder she was not yet aware of.

Samantha is 41 years old, and arrived for her first session along with her younger brother and her parents, all of whom were very concerned about her and wanted her to “get treatment for her ADHD.” She had been diagnosed with Adult ADHD, predominantly inattentive type, and was suffering from symptoms including trouble sustaining focus, being distracted, procrastination, trouble with organization, messiness, and impulsively moving from job-to-job. In addition, she complained of ten years of depression and chronic low self-esteem. Her life was complicated by the fact that she was recently divorced and had sole custody of her two young sons. 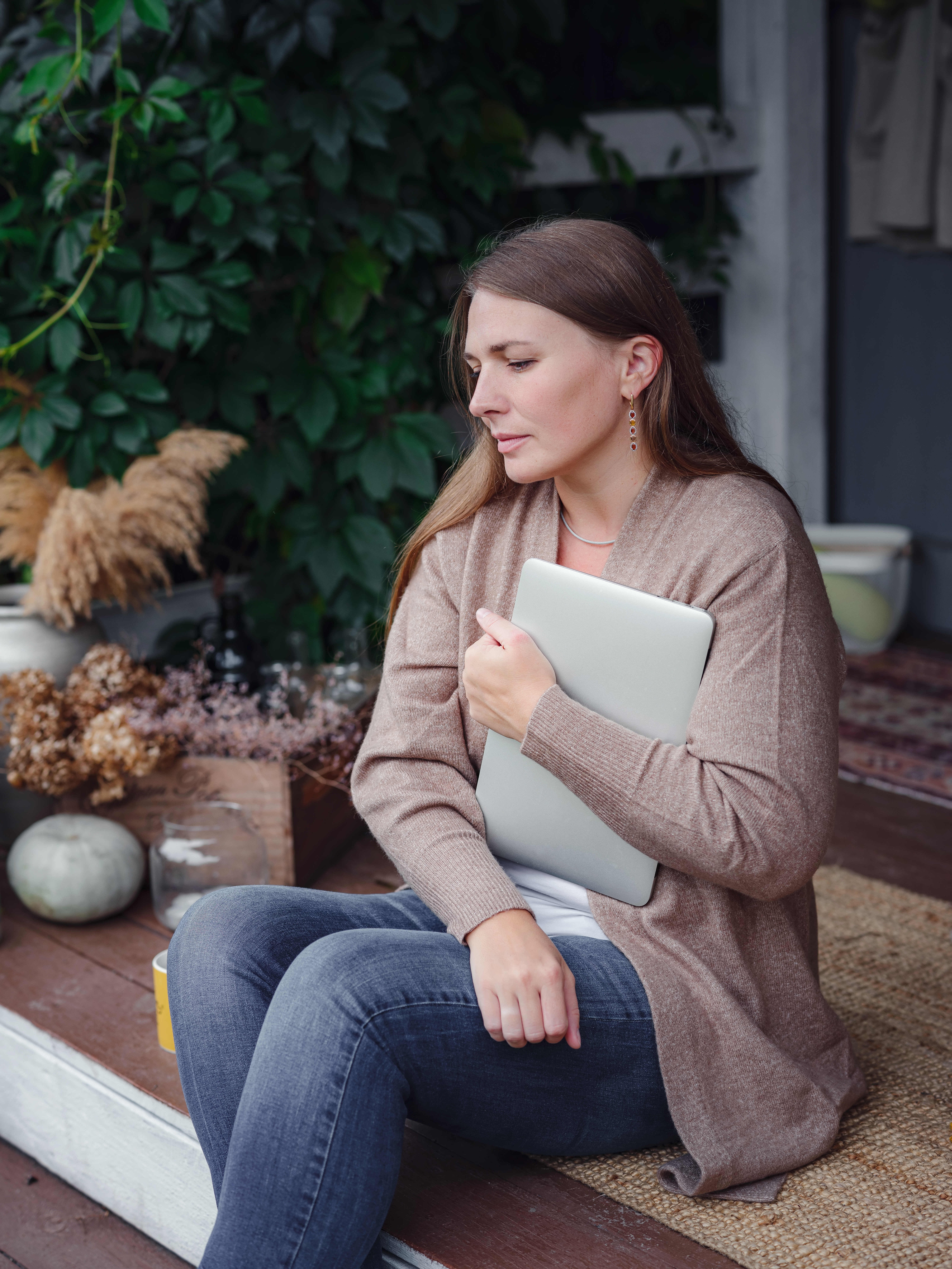 She looked unkempt, appeared confused, and rambled in her speech. She appeared to be quite overwhelmed by life and fortunately her parents were helping to support her financially and emotionally until she could improve. She was also very close to her brother and was able to confide in him about pretty much anything.

In taking a careful history, it was apparent Samantha had indeed manifested symptoms of the inattentive type of ADHD as a child, where she was a shy, dreamy kid whose backpack and desk were quite disorganized, and who procrastinated around homework assignments, and with whom teachers frequently commented that she was “not working up to her potential.”

Samantha exclaimed, with a great deal of emotional pain, “My brain has never worked the way I wanted it to, and recently it has been working even worse than before. I feel scared that something is really wrong with me.”

Her prior psychiatrist had prescribed Adderall and Zoloft, and yet not only was she not improving, it appeared she was getting worse. Her family noted that Samantha’s symptoms of depression had been changing over the past two years since Adderall and Zoloft were prescribed for her. She had become more moody and irritable, with frequent mood swings. At times she would spend far too much money, would go on “cleaning binges” in the house where she would stay up all night, would speak very rapidly and appear to have too much energy.

Samantha described that her thoughts were always racing, and that at the times where she had great amounts of energy she also felt depressed and suicidal. She was also scared that her memory function was declining, and both she and her family members described increasing confusion and forgetfulness around even simple tasks. It appeared to me that while she had suffered from childhood ADHD, her symptom picture as an adult had devolved from one of depression and ADHD to what looked more like a Bipolar 2 Disorder with rapid cycling, and much of the time she was in a “mixed episode” simultaneously experiencing symptoms of both depression and hypomania.

After her first session, I shared some of the basic principles of the biopsychosocial model of understanding in saying, “This is a complicated picture, and not simply ADHD. Samantha, there are many possible causes of disrupted attention, including ADHD, mood and anxiety disorders, and several other physical causes. I promise you we will get to the bottom of what is causing your problems, but that means we first need to establish the correct diagnosis. Are you and your family open to looking at a number of the possible physical causes of how you are feeling? It means that I won’t be prescribing something new for you today. We would wait until we have more information, so as not to rush to judgment on the best way to help you.” Samantha and her brother and parents all agreed with this approach.

I ordered a complete physical examination and blood work to rule out infectious, toxic, metabolic and endocrine causes of her condition (these tests look at hormone and vitamin levels, kidney and liver functions, inflammation, substance abuse, hidden infectious disease such as Lyme, heavy metal toxicity, and other possible physical causes). In her case the physical exam and blood testing were completely normal. The conclusion was that the Adderall and the Zoloft were triggering what is called medication-induced bipolar disorder which had developed over time into her mixed mood state.

“Samantha, it is your medication that is worsening your condition, and we need to take you off it. How do you feel about this idea?” Both she and her family agreed, as instinctively they had all felt that the medications were making her worse.

We agreed to progressively wean her off the Zoloft and the Adderall, and began prescribing gradually increasing doses of Lamictal (lamotrigine) a medication that has both mood stabilizing and antidepressant effects; and she would begin weekly psychotherapy sessions with me. Once she was stabilized on the correct dose of Lamictal, we agreed to look at adding back in a medication to treat her ADHD, and find one that hopefully was not mood destabilizing.

At the beginning of treatment her confusion and memory problems were so pronounced that she would show up late for appointments, and at times forgot them altogether so we would speak by telephone instead. In these early sessions Samantha appeared disheveled and would ramble on in a disorganized fashion and remained anxious and depressed. Her mental confusion began to clear somewhat, and her mood lifted and began to stabilize after about a month of treatment, during which time we met for supportive therapy and were gradually increasing the dose of her Lamictal to a therapeutic blood level.

In the sessions I established an empathic rapport with her around the challenges of raising two young children. I gave practical advice about how to build routines to organize her household and carry out daily housekeeping duties, and as her mental function cleared we also began to explore possible next career moves.

She had been beaten down by life and her emotional illness, and it was important to give her a bit of a boost in morale and not just depend upon the medication to lift her spirits and improve her attentional functioning. And so I said to her, “Samantha, I have had a chance to observe you in the waiting room with your two sons. Your love and devotion for them just radiates out from you. You are so patient with them when they express their questions and concerns that it is really impressive watching you in action. It is so hard to be a single mom, I admire your dedication and tenacity. You don’t get angry or give up and give in to them even when they are whining or behaving in ways that are irritating and annoying. You exhibit so many traits that serve you well in your family life, and these will greatly assist you in recovering your health through our work together.”

Once the Lamictal and psychotherapy had fully stabilized her mood and lifted her depression, we initiated treatment of her ADHD with Vyvanse, a long acting medication that is chemically related to Adderall. We proceeded to increase the dose of Vyvanse very slowly to watch for possible mood destabilizing effects, but fortunately none emerged as the Lamictal was at a therapeutic blood level and protected her against further mood swings. While the Vyvanse helped her improve her focus and attention, and provided increased mobilization and initiative, she continued to complain of forgetfulness and confusion.

These types of residual cognitive problems can accompany bipolar disorder as well as treatment resistant depression and may not respond to conventional medication management and psychotherapy. Some patients’ cognitive impairment responds to a combination of Buspirone plus Melatonin.

But in Samantha’s case given her history of rapid mood swings, to address these lingering functional deficits we began a trial of Namenda (memantine), a medication used to treat Alzheimer’s disease, which has recently shown much promise in improving mood stabilization and cognitive functioning in bipolar patients. The Namenda began to improve Samantha’s memory function and organization.

She developed a to-do list in a spiral notebook that she kept in her purse, and began to show up early for each therapy session! At the time of this writing she had brightened considerably and she and her family were feeling hopeful. We had created a “rehabilitation roadmap” whereby she would progressively take on increasing work responsibility moving from part-time to full-time employment as a customer service representative, and gradually wean herself off parental support. This had begun to restore her self-respect as she became more self-sufficient.

In Samantha’s case her attentional problems were partly a result of her longstanding ADHD, but also were caused by her mood disorder, and by the medications she had been taking which had worsened both her mood stability and her cognitive functioning. The great news is that just a few weeks ago she was awarded a full-time position at work, and as a result is now poised to assume greater responsibility and independence in her life. She was absolutely beaming as she reported this news to me, and we high-fived each other at the end of the session.